Where can I run in Rome?

Despite how crowded the city center looks, if you don’t want to have the same old experience of using a running machine in your hotel, there are some wonderful places to run in Rome that will give you some interesting perspectives on the city.

While we do not recommend the hazardous pursuit of running through the crowds and the traffic in the city center, there are parks galore, a Mussolini-era running track, a great dual-use cycle path alongside the river, and finally there is a genuine ancient monument to run round!

Run on a historic running track in Rome

Lined with huge Fascist-era statues of reimagined elite athletes, the Stadio dei Marmi (‘marble stadium’) is in the Foro Italico, Mussolini’s university of sport, and is just next to the Olympic Stadium. It’s usually open to the public and is an unusual place to get your exercise.

Nearest transport: Flaminio Metro station (Linea A) then Tram #2 to Piazza Mancini and walk across the Ponte Duco D’Aosta. The track is just behind the 1930s university buildings.

Run around an ancient stadium in Rome

The Circo Massimo (‘Circus Maximus’) is right next to the Palatine Hill in the center of the city. At 620 feet long, and according to Pliny seating 250,000 people, it’s the largest sports stadium ever built, and is where ancient horse races used to take place. The emperor built a terrace on the edge of his palace so he could watch the games. Only one end of it is being excavated; the rest is still a long grassy public space and is a popular place for locals to exercise. Nearest transport: Circo Massimo Metro station (Linea B).

Run along a tranquil cycle path next to the river Tiber

Running 6.5 miles to the very edge of Rome, the Pista Ciclabile to the north of the city center provides a unique, rural riverside aspect to the city, far from the traffic. Though designed for cycling, it is very popular with joggers, and its southern end can be found in the popular Ponte Milvio area. It’s 11 km long and snakes through countryside along the side of the Tiber all the way to the edge of the city at Castel Giubileo.

Nearest transport: Flaminio Metro station (Linea A), then Tram #2 to Tiziano then a 5-minute walk north across Ponte Milvio (‘the Milvian bridge’). The cycle path here is called ‘Lungotevere Milvio’ and starts just to your right as you exit the arch of the bridge.

Run in Rome’s many parks

Run in the genteel surroundings of Villa Borghese

A beautiful tree-filled park on a gentle hill in the city center.

Run on an original Roman road in Parco della Caffarella

An original Roman road, lined with ancient tombs. Be careful of your ankles on the ancient cobbles though. This is on the  south-western edge of Parco della Caffarella, which is a vast park with miles and miles of trails suitable for running.

Run in the wilderness of Villa Ada

Another vast and beautiful park in it, with some gentle rolling hills and a beautiful lake, though less convenient by public transport.

Some stunning views on sweeping meadows on the Janiculum Hill above Trastevere at one end, and St Peter’s at the other.

Take the Tram #8 to Gianicolense and walk up the hill.

Obviously the above are merely a tiny selection of suggestions. There are hundreds of other places to run in Rome (one popular choice that we don’t favor is along the river in the city center, breathing in fumes), but these are ones that we’ve enjoyed.

Wherever you decide to run in the city, it will give you a new perspective on Rome, and allow you to see sights far away from the tourist traps. 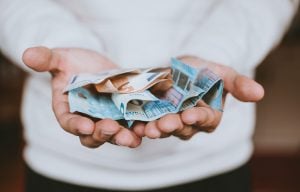 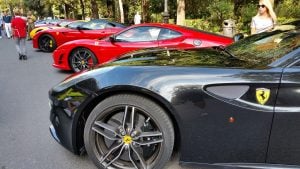 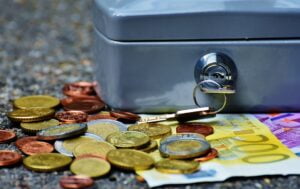 Why do shopkeepers in Rome never seem to have any change? 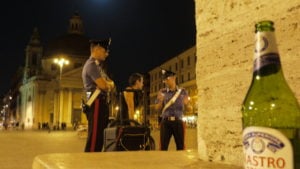