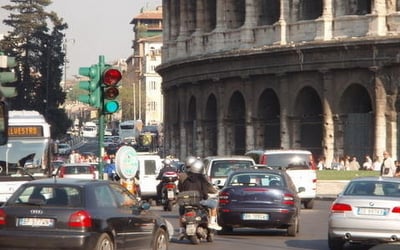 Finally – Pax Romana at the Forum!

Roaring round the Colosseum in heavy traffic has been a classic image of Rome since Audrey Hepburn first climbed onto a Vespa, but Via dei Fori Imperiali, the road that passes through the Roman Forums, has been a real nightmare. It’s not just obnoxious and loud, it’s damaging the ancient structures that abound there. But now the new mayor of Rome has a different plan.

There’s great news though: Rome’s mayor decreed that all private traffic past the Colosseum had to stop. Via dei Fori Imperiali has become (nearly) a pedestrian zone, with the exception of buses and official vehicles.

Controversial to some commuters, we are thoroughly in favor – after all, walking through history is what we’re all about, and heavy traffic takes its toll on irreplaceable monuments.

The road was built by Mussolini in the 1920s and 30s, and it ploughed through hundreds of ancient sites, splitting the Imperial Forum from the Forum of Caesar and Trajan. Though what is lost can never be replaced, at least now the noxious fumes will no longer damage the fabric of the buildings, and it will make the experience far more pleasant for visitors.

To mark the occasion the city had a ‘white night’ (‘notta bianca’) on August 3: an all night long festival of arts and strolling.

Rome Tourist Card – the only discount card that doesn’t expire 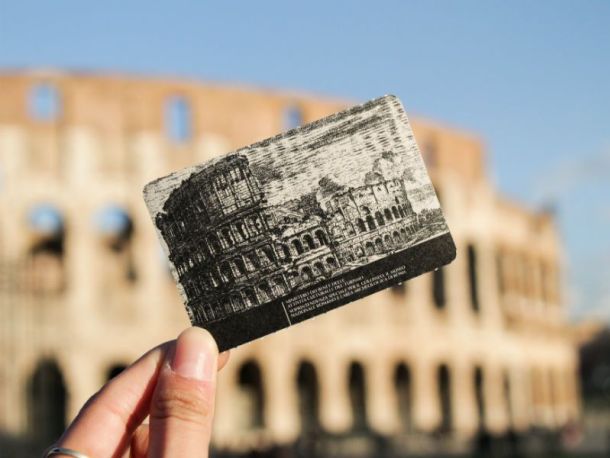 Fast-track tickets for the Colosseum and Forum

Skip the lines at the Colosseum to walk straight into the amphitheater and arena and Forum!​