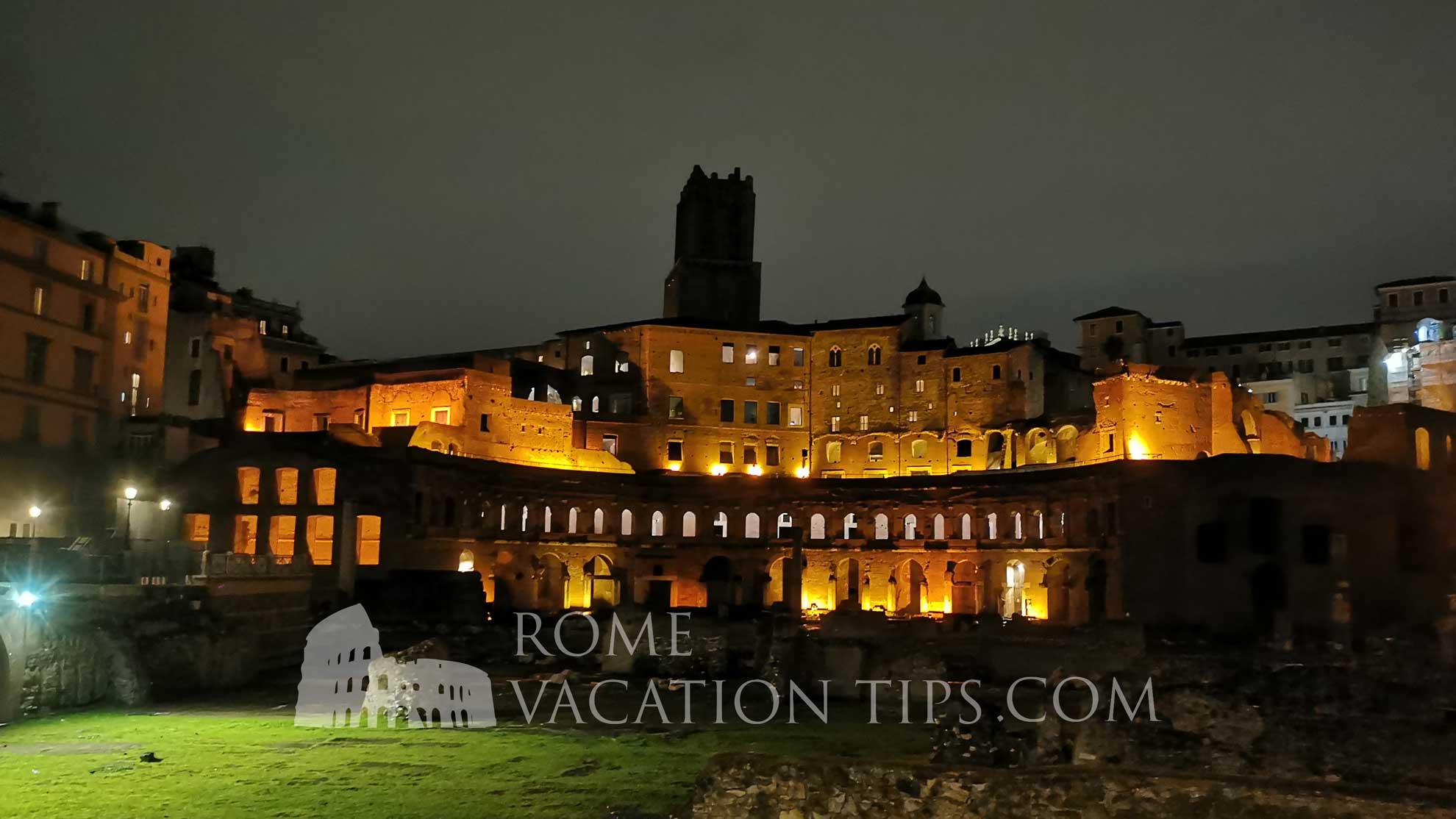 If you thought Baroque Rome was beautiful during the day, just wait until you see her at night!

The heat has gone, the crowds have dispersed, the night is young and full of promise, and the city is yours.

Thanks to the wonders of modern illumination, Rome is a city that literally shines in the dark. No neon here, our way is lit by the convoluted curves and twists of stunning Renaissance architecture and sculpture, thrown into dramatic relief by the nocturnal setting.

You will meet your expert guide in Rome’s most perfect conjunction of ancient and antique, the greatest baroque space ever built, Piazza Navona. It used to be a Roman horse track, then a market, but in the 16th century it was first flanked on one side by Borromini’s stunning church of Sant’Agnese in Agone, then dominated in the center by Bernini’s staggeringly impressive Fountain of the Four Rivers.

Perfectly lit, at night you can see why it’s considered by many to be the world’s most elegant square.

But it gets even better! Just a few steps away down cobbled alleyways lies Rome’s most enduring monument, the Pantheon. Built by Marcus Agrippa, the domed temple has stood for two thousand years with its original pillars and marble. It stares at its own Renaissance fountain (about the most atmospheric place in the world to can fill up your water bottle!).

No trip around Rome’s baroque quarter would be complete without the iconic Trevi fountain. Normally plagued by hordes of tourists and hawkers, at night the piazza is practically empty and you can see exactly it was that the artists and architects who constructed this giant masterpiece were truly intending. It’s also the time to get romantic and throw your coin in, without being jostled by selfie-takers.

After drinking in the splendour, it’s time for another sort of drink – fancy a spritz? Wine? Something non-alcoholic? We’ll enjoy a break with a snack, embedded in the magnificent streets of old Rome.

Next up, the gigantic 19th century edifice that is the ‘Altar of the Fatherland’. Dominating Piazza Venezia, this is the dead center of Rome and where all roads lead to. It was built by Vittorio Emanuele II, the first king of modern Italy.

Next we stroll beside the huge and atmospheric Forum, with columns, temples arches, and statues of the emperors perfectly lit, reveal its vast magnificence.

And finally we end on a gentle hillside with a viewpoint above that most iconic of all of Rome’s monuments: the unbeatable, illuminated Colosseum.

This is the perfect end to your evening – or the perfect start, because we are next to one of Rome’s most happening hotspots Monti – where you can eat fabulous local food or carouse with the locals, with almost no tourists in sight.

When we recommend specific tours, we use our considerable expertise about visiting Rome to select nothing but the absolute best tours and providers for you.

We do not work with companies such as Viator, GetYourGuide, or TripAdvisor, as they all charge a huge commission to independent operators, severely denting livelihoods in a sector that has already suffered significantly during the pandemic.

Instead, we go direct: all of the tour operators that we promote in our Tours section are personally known to and endorsed by us, based on our years working in the Rome travel business. By booking tours with these providers, more of the fee goes to the people who deserve it, and much less to the middlemen.

The small print: Rome Vacation Tips endorses our tour providers, but any transaction carried out between you the client and a tour operator is a relationship between you and the specific operator. Any issues or queries about a specific tour should be addressed directly to the operator with whom you booked using the contact details they have provided.