Just north of Rome’s tourist heart is the “hidden gem” of Villa Torlonia. This public park, named for the magnificent neoclassical palazzo at its heart, is free to visit and open to the public from sunrise to sunset.

The park is a beautifully landscaped arboretum of 32 acres (13 hectares) packed with architectural curiosities, that was created over the course of a century by a family that some may say had more money than taste.

It’s popular with the locals as a great place for exercise or a picnic, and also contains a decent restaurant/café-bar where lunch, dinner, or an aperitivo can be taken in the grounds as beautiful green parakeets fly between cypress tree and date palm.

For anyone looking for a uniquely Roman experience that is completely removed from the tourism industry, Torlonia is truly an unmissable visit. And it’s only ten minutes’ walk from another relatively modern marvel, the Coppedè quarter, so you can turn your visit into a stroll around Rome’s latter-day architectural quirkiness.

The History of Villa Torlonia

It was at the end of the 18th century that the breathtakingly rich banker Giovanni Torlonia decided to build a stately home in several acres of semi-agricultural land that he’d just acquired on the edge of the city, next to the north-easterly Roman Road known as Via Nomentana.

In 1802, Giovanni commissioned the accomplished architect and Rome’s urban planner Giuseppe Valadier to sculpt the land into a park in the English picturesque style, and to build him a huge villa.

The vast white mansion – the Casino Nobile – was completed by 1806, standing atop imposing steps that led up a landscaped rise from its grandiose entrance gate, with a terrace looking down onto the road. Giovanni filled it with hundreds of priceless artworks from antiquity that he had acquired, which became known as the Torlonia Collection.

It was after Giovanni senior’s death in 1829 that the park’s eccentricities really began to take shape: his son Alessandro began commissioning various strange constructions all over the park, and in turn Alessandro’s son Giovanni (the younger) continued the tradition of eccentricity well into the 20th century, between them the pair spending nearly a century adding ersatz ruins and bizarre buildings, including a fake temple, a fake basilica, a fake mosque and a magnificent theatre, all constructed in a hodgepodge of styles. 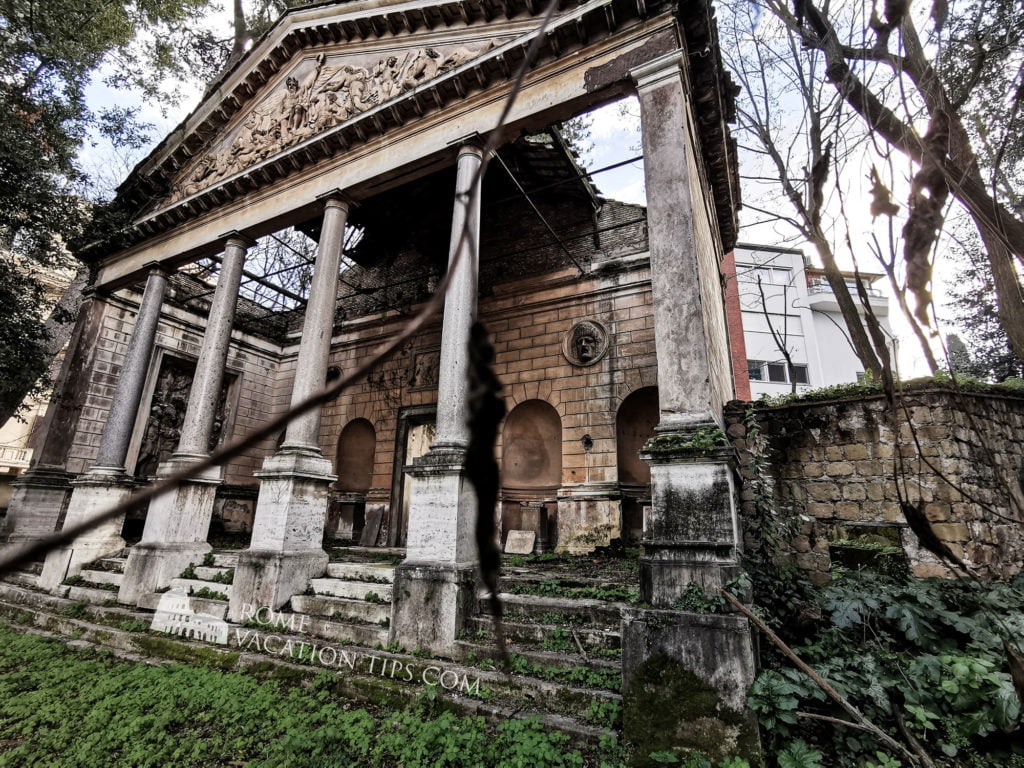 Following Mussolini’s rise to power, the younger Giovanni Torlonia offered the house and grounds to the Mussolini family for 1 lira per annum. Il Duce moved in in 1924 and did not leave until 1943. 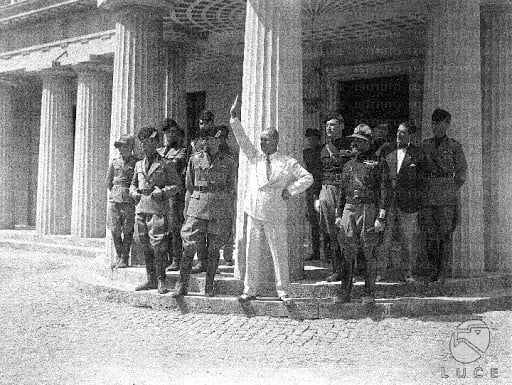 During this time he had a network of bomb-proof bunkers built beneath the grounds that connect to the villa.

Villa Torlonia after the war

The buildings and grounds were occupied by Allied High Command in 1944, and following their withdrawal in 1947 the gardens were closed, and the entire complex fell into disrepair for thirty years.

Villa Torlonia reopens to the public

The Comune of Rome claimed the grounds for the people of Italy in 1977, and it was opened to the public as a park a year later, albeit with the buildings in a state of collapse. A major restoration project has been ongoing ever since, and most of the buildings have been brought back to their original magnificence. Several have also been converted into museums in their own right, including the main Casino Nobile itself, which opened to the public in 1996. 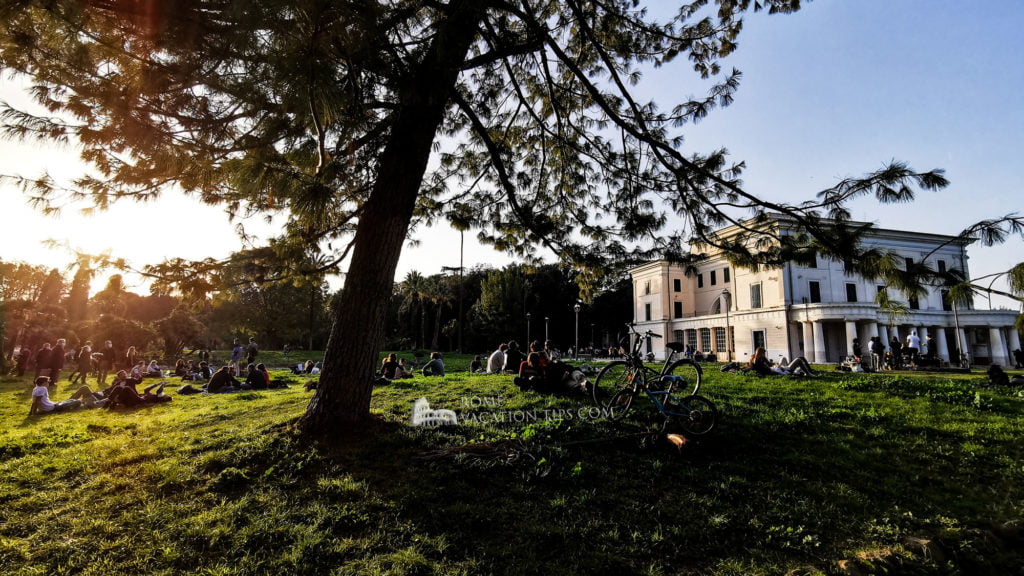 Though the Torlonia family’s amphitheater, coffee house, and the Chapel of Sant’Alessandro are long gone, the remaining structures are sometimes beautiful and always remarkable, and it is well worth a stroll round the entire park to see them all – it’s a manageable size, and the perimeter path is just under 1 mile (1.3 km) around. 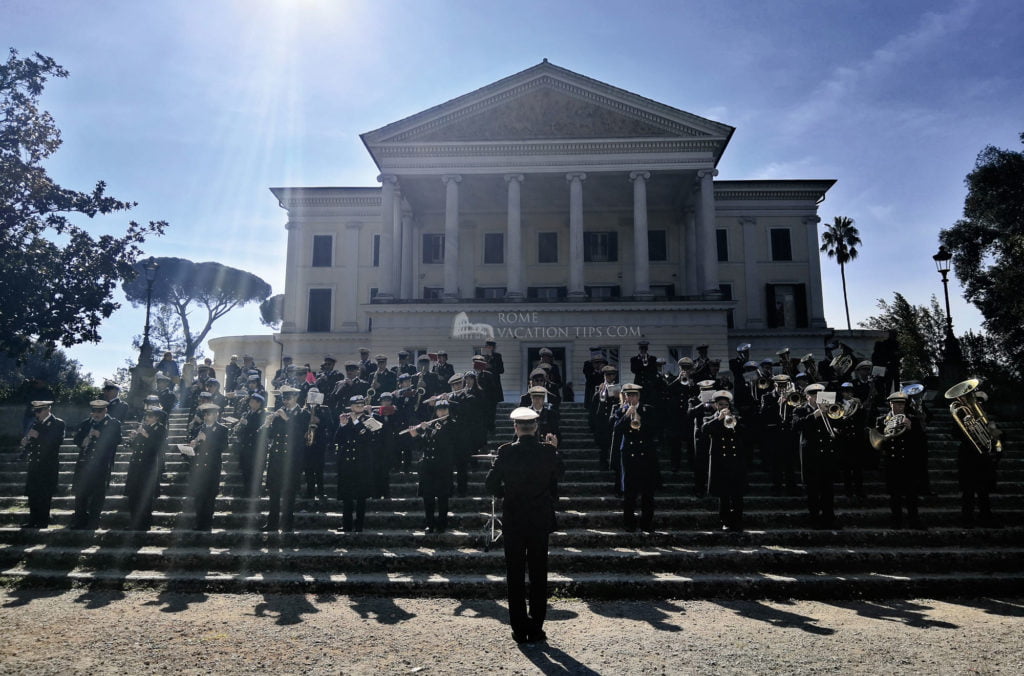 The huge mansion that dominates the park was designed by Valadier. It originally had a simple facade looking down onto Via Nomentana, but after Alessandro Torlonia died his son commissioned Giovan Battista Caretti to add a vast neoclassical portico made up of huge pillars, with a triangular roof fronted by a Rinaldo Rinaldi bass relief in terracotta, portraying the god Bacchus.

The centerpiece of the house’s interior is a huge ballroom covered in mirrors, and the decoration throughout is eclectic and covers a variety of styles and eras. In the basement Giovanni had a false Etruscan tomb constructed. There is also a tunnel leading under the grounds to the Casino dei Principi.

During the years of Mussolini’s residence, doors were added to the basement that led into the bunker network.

To the front and back of the house are two fake Egyptian obelisks in porphyry, the rear of which stands above an ornamental fountain pool.

Today, the house may be visited as a museum, and it also houses special exhibitions.

Possibly the strangest building in the entire park is a Hansel-and-Gretel gingerbread house called the Casina delle Civette – the Little House of the Little Owls. Originally built in 1840 as a Swiss-style chalet by Alessandro Torlonia, his son Giovanni had the building repeatedly added to as a “Medieval village” in a dizzying patchwork of styles, finishing it in 1917 with Art Nouveau flourishes. 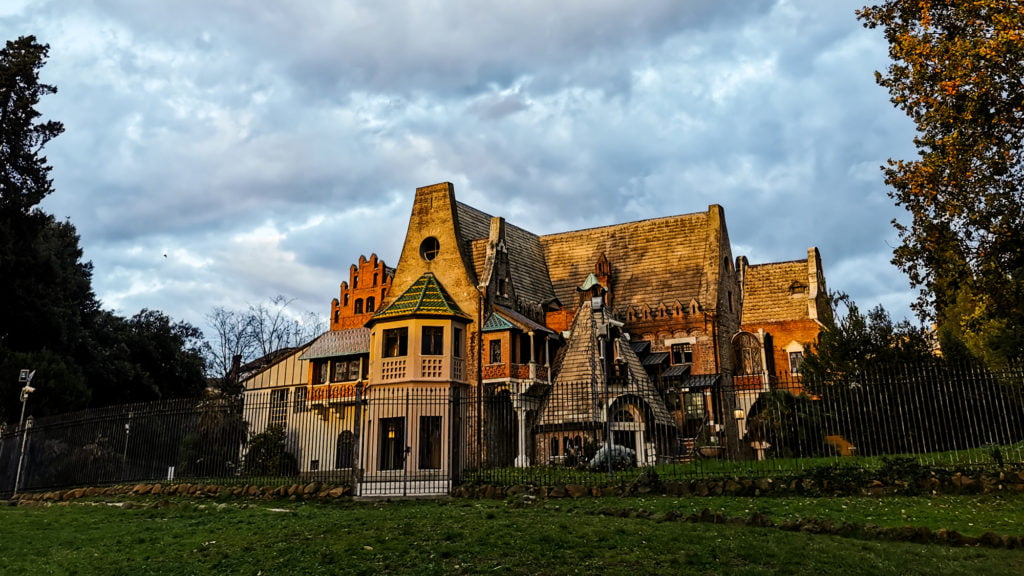 It gained its name during later works in which the motif of an owl was repeatedly used in decorations and stained-glass windows. This was the house in which Giovanni chose to live, sharing the grounds with Mussolini, until his death in 1938.

When the park is open, the surrounds of the Casina delle Civette can be accessed for free, and the house itself can be toured as an art museum – tickets available at the main entrance to the park.

Locals’ tip: the Casina delle Civette also houses that rare thing in Rome, a free public bathroom, which is possibly the cleanest and best maintained in the city.

Alessandro Torlonia was obsessed with the Roman Forum, and though he was able to add to the family’s huge collection of excavated classical sculptures, he was unable to locate any ruins on his own land. He therefore tasked Caretti with building a number of follies in the grounds. These include a fake basilica (shown), the tumbling-down ‘Temple of Saturn’ (shown earlier in the article), a mini Forum of fallen columns, and a Tribune and Fountain – all complete fantasy. 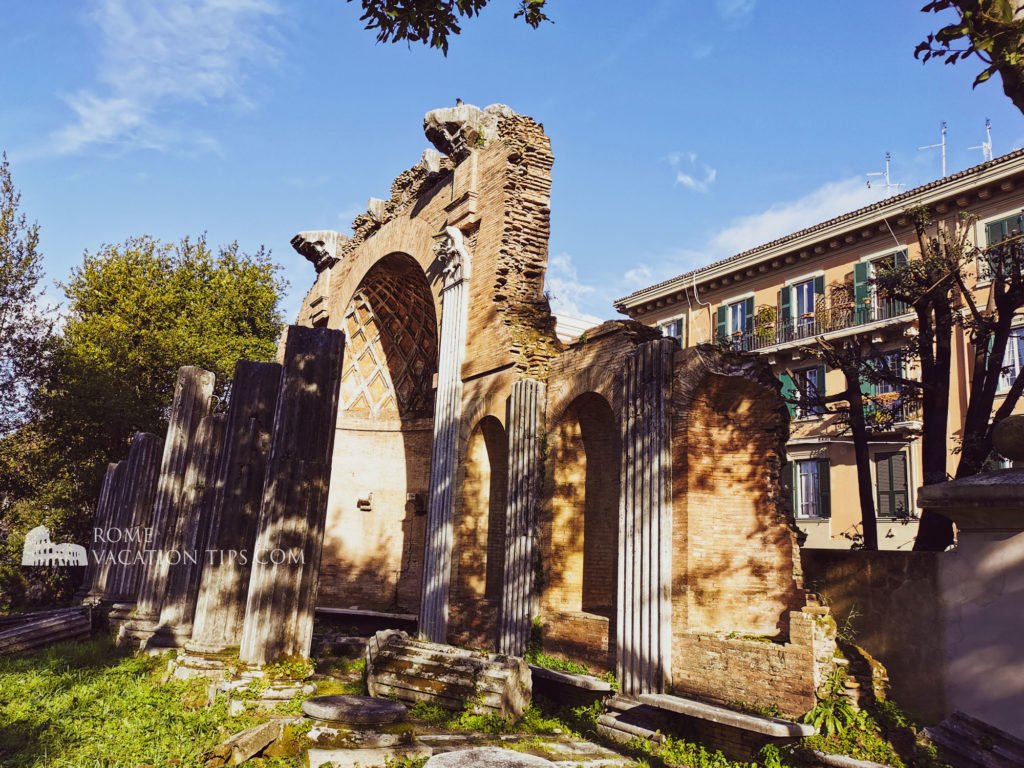 Most of these can be seen on the path to the left of the main entrance, as you ascend the slope towards the Casina delle Civette.

Casino dei Principi (The House of the Princes) 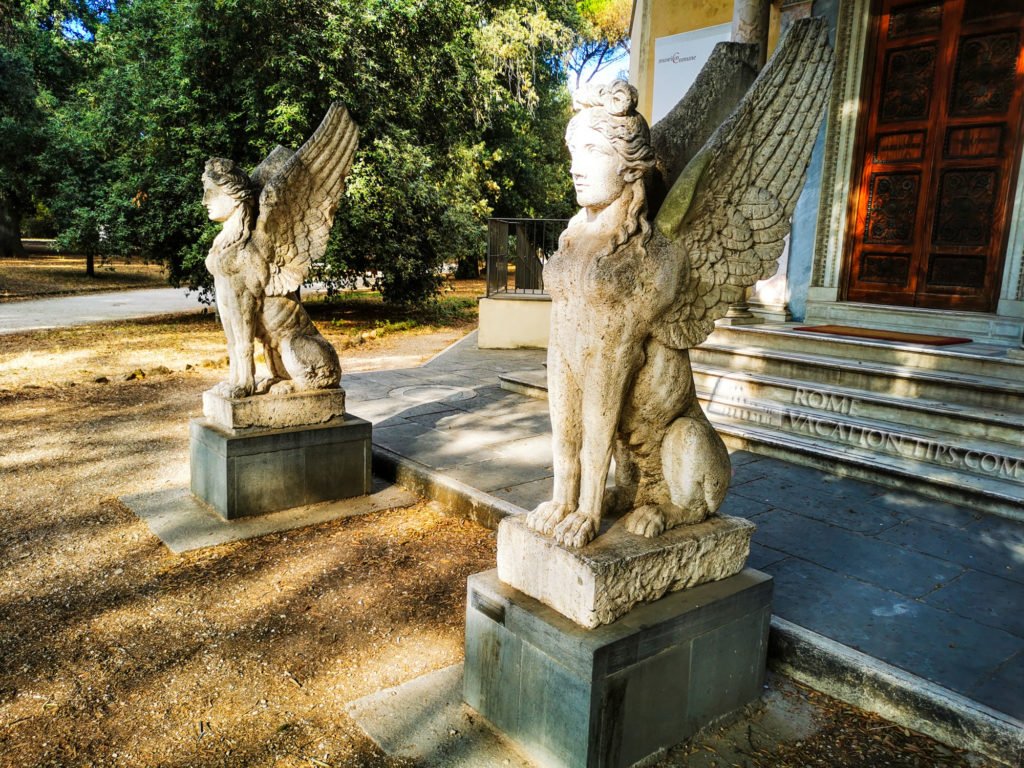 Its door flanked by fanciful winged sphinxes, this long thin neo-renaissance building was completed in 1840 – but is so accurate that it wouldn’t look out of place in any street in the centro storico of Rome. It currently houses a museum of seasonal exhibitions, as well as the Archive of the Roman School, the artistic and architectural movement that flourished between the two world wars.

It is connected to the main house (Casino Nobile) by an underground tunnel.

Built as an orangery, a somewhat redundant idea imported from England (because as with the Moorish Greenhouse below, there has never been a climatic issue with growing citrus fruit in Rome’s hot and temperate climate), this barn-like hall was constructed to house fully-grown orange trees. For reasons unknown, it was then renamed as a place to grow lemons instead.

Today it houses a mid-priced restaurant and café, with large outdoor terraces front and back, which is a great place to have lunch in the open, to stop for a breakfast coffee or an aperitivo, or even an atmospheric spot to have dinner when the weather is nice, since the entrance to the restaurant in Via Lazzaro Spallanzani (#12 on the map) remains open even when the park is closed. Booking recommended. Visit the restaurant website >

Attached to the hall is a medieval palazzo complete with tower, which houses “Technotown”, a children’s science museum that is only open by prior appointment.

This is a conservatory built in “orientalist” style, ostensibly to grow fruit that requires high temperatures – which like the Limonaia, was built only for show. The “Arabic” writing and iconography here is completely invented. Behind the “serra moresca” is a tower with a faux-minaret onion dome and a garden entered through a “moorish” door in the wall. Unfortunately this building and its grounds remain fenced off as they have still not been fully restored. 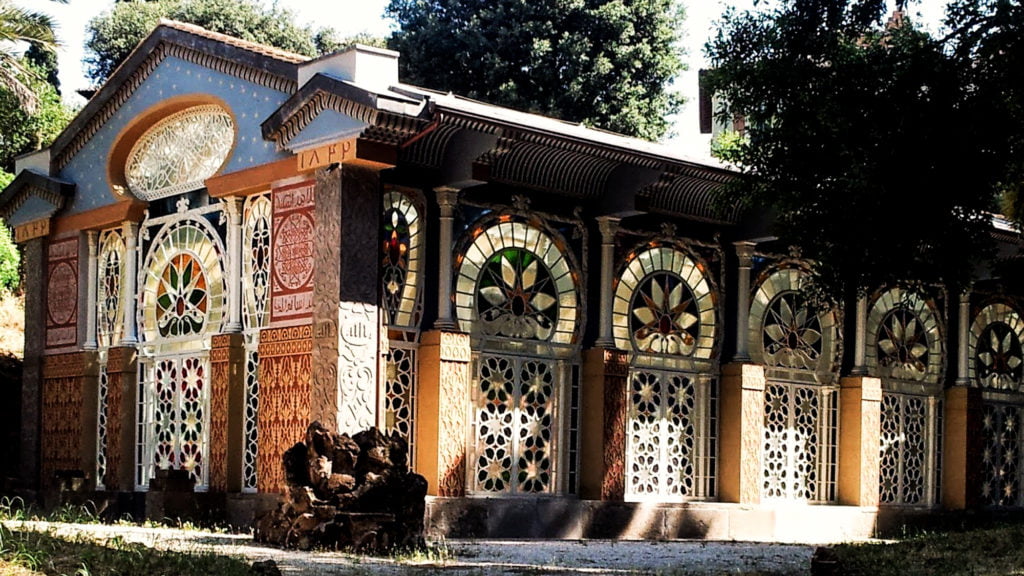 This splendid building encompasses a confusing variety of architectural styles. Building commenced in 1841 under the guidance of architect Quintiliano Raimondi, but it was not completed until 1874. 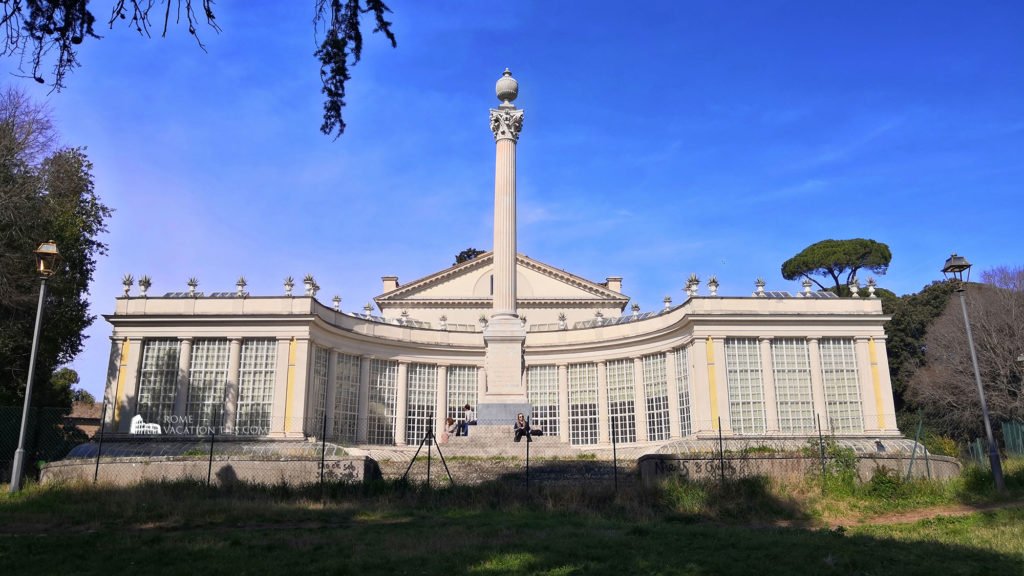 The theater itself is in a grand semi-circular room, with a proscenium stage and two collonaded mezzanine floors above the stalls, all beneath a cupola decorated with frescoes. At the rear of the building is a semi-circular hall with glass walls, below which is a toroidal hothouse inspired by Kew Gardens, surrounding a ceremonial fountain and column.

The internal decoration of the theater space and the many ornate rooms that surrounded it was provided by Constantino Brumidi, the “Michelangelo of America” who also painted frescoes for the Capitol Building in Washington D.C. including the “apotheosis” of the dome.

Despite the vision of its creator, the theater hosted one sole public performance in the 20th century, in 1905. It went on to sustain damage during the Allied occupation, and then fell derelict until it was restored in the early part of this century – thanks to support of various Italian and international organisations and foreign embassies – and it reopened for special performances in 2013.

Mussolini commissioned two bunker complexes under the park. The first was an air raid shelter created in 1941 in a converted wine cellar that extends under the ornamental lake.

However Il Duce deemed this not safe enough, and too small and stuffy, so in 1942 he started a far larger and more bomb-proof excavation, much deeper – up to 60 feet (20 metres) under the ground – and with walls up to 12 feet (4 metres) thick. While the bunker was successfully completed, the rest of the ambitious work (doors and ventilation) were never added, because Mussolini was ousted from power in 1943.

Guided visits to the larger bunker can be arranged with Roma Sottoreana (Underground Rome) but are in Italian only. 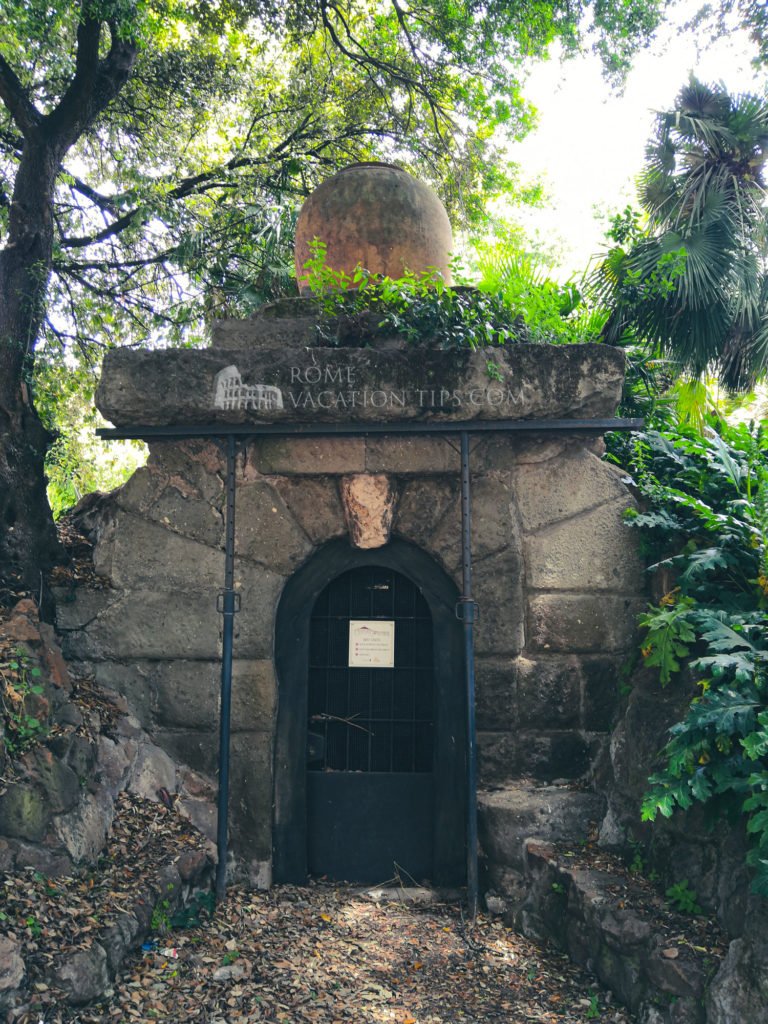 Other features of the park 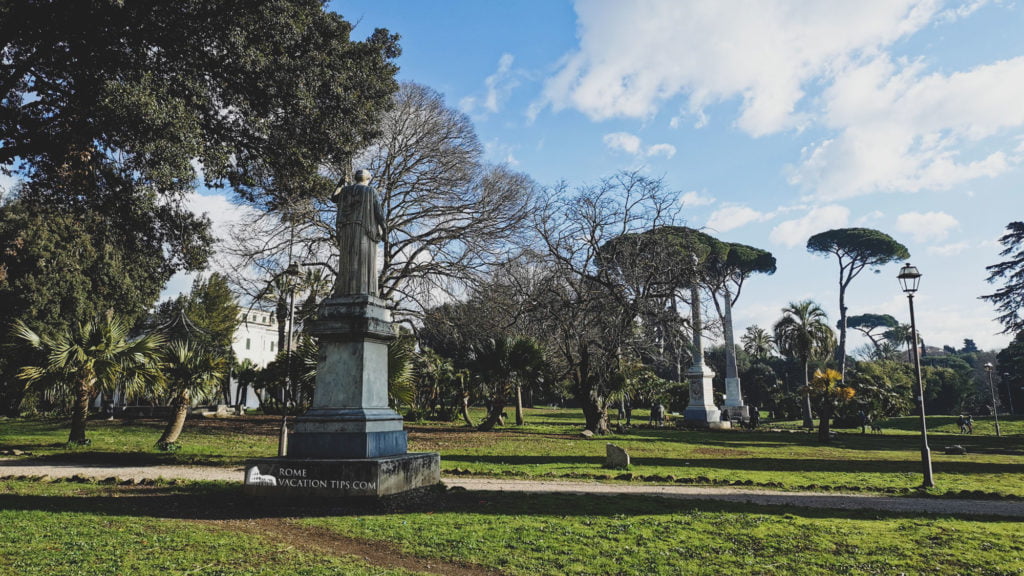 As well as the large constructions mentioned, the park also includes an English-style bandstand, a medieval-style “tournament” field with fake stables at one end, an ornamental lake, a striking red lodge house on the corner of Via Spallanzani and Via Siracusa (best viewed from the street outside), an old folks’ social club, various columns and statues, a fake hill next to the Casina delle Civette, a small modern children’s playground, and a medieval tower above Technotown on the wing of the Limonaia.

The nearby area around Piazza Bologna is Rome’s “second Jewish Ghetto”, and in the early 20th century the Torlonias discovered a 2,000-year-old Jewish catacomb complex on the north-west corner of the park near Via Nomentana, but it has not yet been excavated. 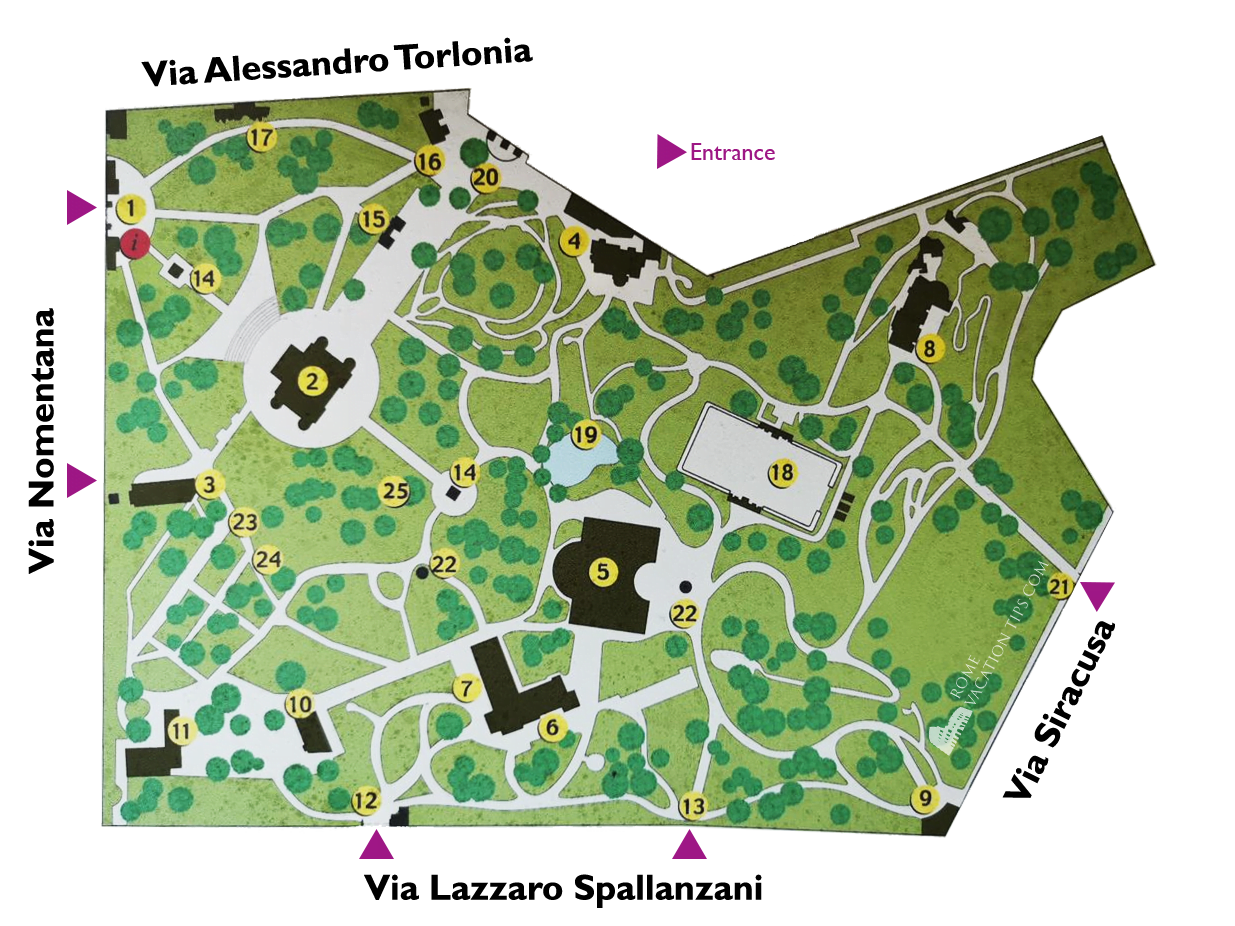 How to visit Villa Torlonia

Covid news: the park remains OPEN, but the museums and bunker are temporarily shut. 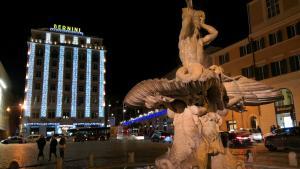 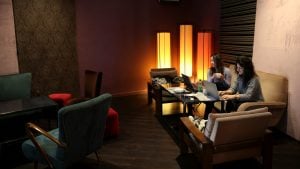 Where can I find a wifi cafe in Rome to work in? 2021 edition

How to cook perfect pasta

How to get a Covid test in Rome 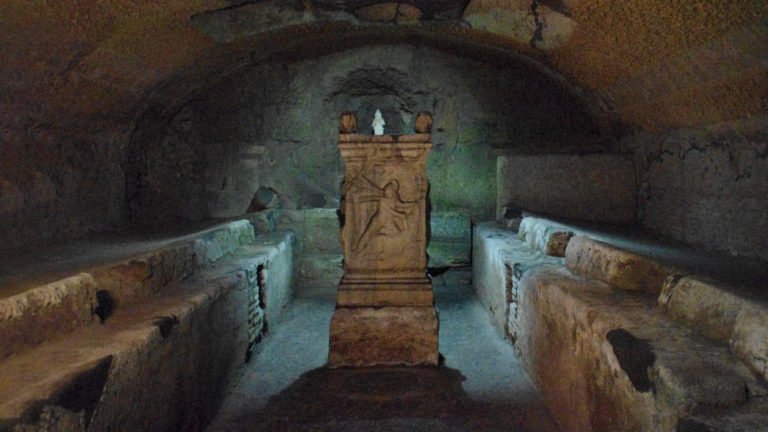 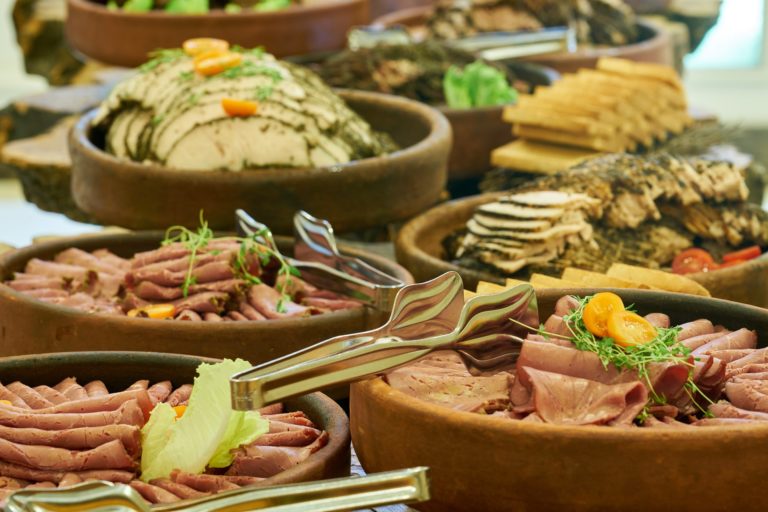