Where can I see Caravaggios for free in Rome?

Visitors to Rome are privileged enough to be able to see no less than six stunning Caravaggios in their original church settings, completely free. 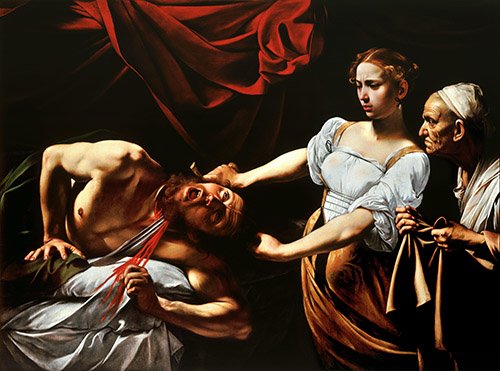 Born in 1571 in Milan, Michelangelo Merisi da Caravaggio was a groundbreaking renaissance painter who pioneered use of the chiaroscuro (light/dark) technique, and the use of real models he’d often plucked from the street outside.

His unorthodox painting choices – as revolutionary at the time as Picasso was in the 20th Century – and his scandalous lifestyle, generated a huge amount of notoriety which probably enhanced his popularity rather than damaged it, but it was this boisterousness that eventually cut his life short: he died in 1610 while returning to Rome to beg forgiveness for killing a man in a brawl there in 1606, an act which had caused him to flee the city.

Despite the scandals that surrounded him, the paintings he was commissioned to paint were almost exclusively religious, and were usually commissioned by rich families for their private chapels within the churches of Rome, Naples, Malta and Sicily.

Three churches in the historic centre of Rome still preserve Caravaggios in their original setting – the private chapels of the families that commissioned the paintings – and it costs nothing to view them. They’re also within walking distance of each other: less than a mile apart in the fascinating Baroque part of the city.

Other Caravaggios in Rome can be seen by buying tickets to the Galleria Borghese, the Vatican Museums, the Capitoline Museums, the Palazzo Corsini, Galleria Doria Paphilj, and most memorably to this author, Judith Beheading Holofernes, which is housed with other examples of his work in the Palazzo Barberini. 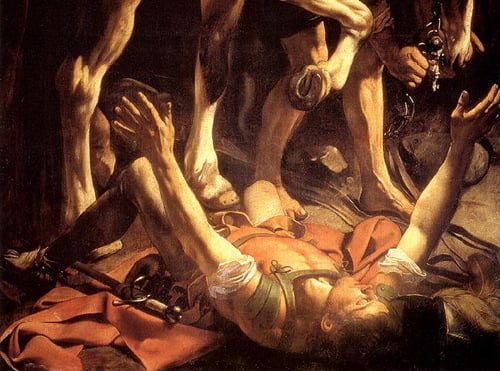 Two of the most famous of Caravaggio’s works grace the walls of the Cerasi chapel in this fascinating 11th-century church. Flanking an altarpiece by Carracci, the 1601 masterpieces depict the patron saints of Rome: on the left is the Martyrdom of St Peter, and on the right, the Conversion of St Paul. 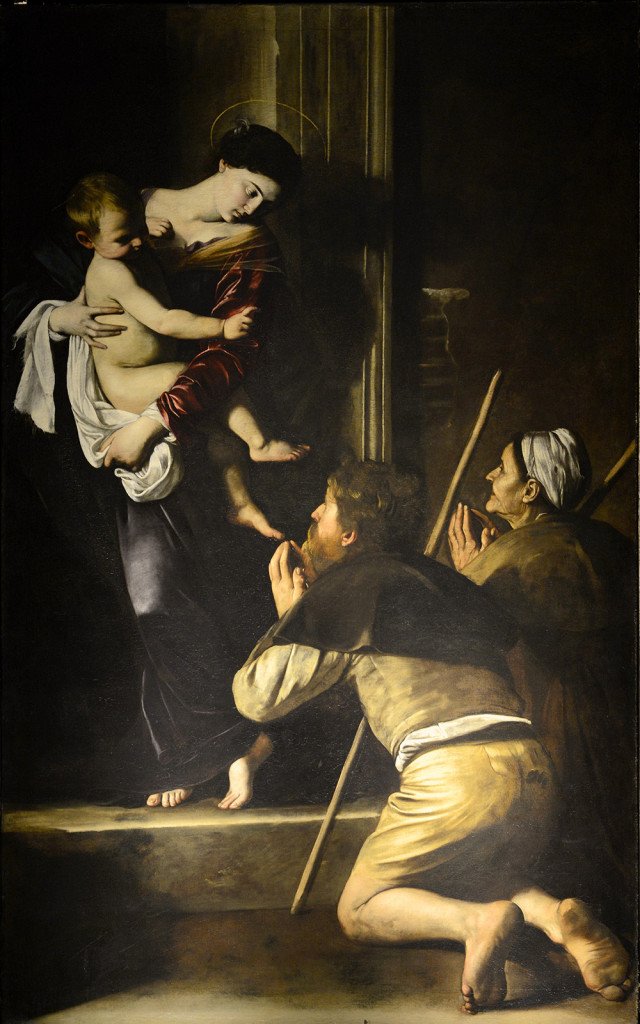 The church of Sant’Agostino

The Madonna of the Pilgrims

Commissioned for the Cavaletti family chapel within St Augustine’s church, the 1606 painting Madonna di Loreto caused huge controversy when it was first unveiled because Mary’s doorway was not considered sufficiently grand, and the feet of the pilgrims were authentically filthy.

Also known as Madonna dei Pellegrini: Madonna of the Pilgrims. 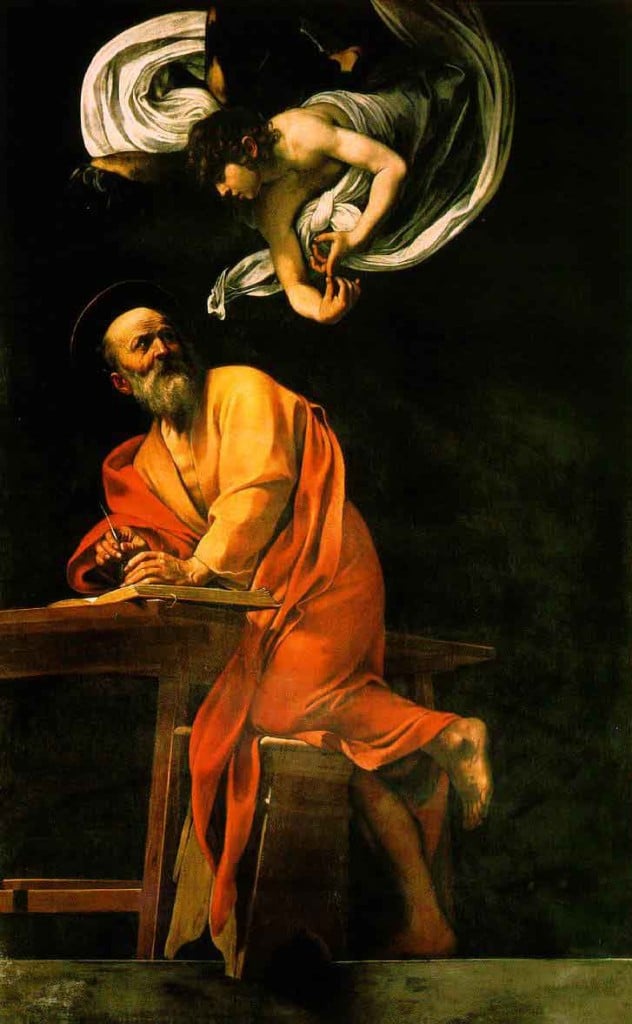 Home to no less than three Caravaggios, the paintings line each wall of the Contarelli chapel in the church of ‘St Louis of the French’.

The paintings depict Saint Matthew’s Inspiration, his Calling, and his Martyrdom. Completed in 1600, these were among the first pieces that Caravaggio painted in Rome, and his embracing of, rather than rebellion against, the typical candlelit gloom of a Roman church was absolutely revolutionary and directly contributed to his wider fame. 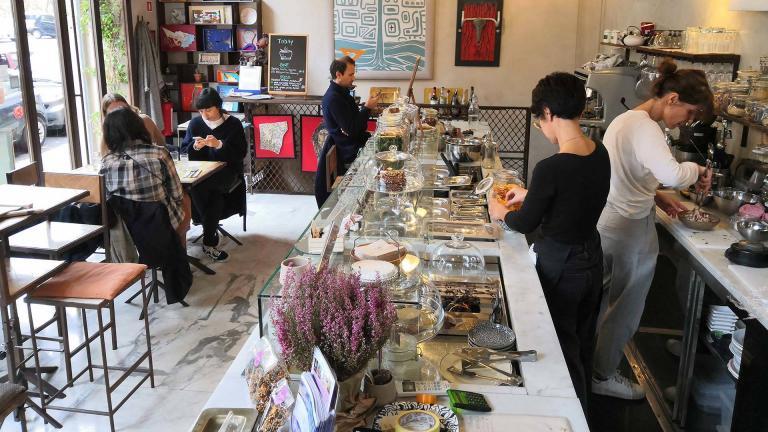 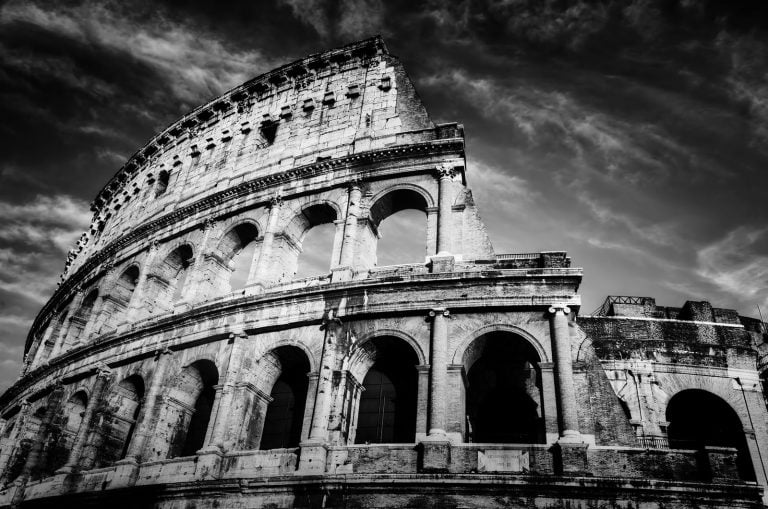 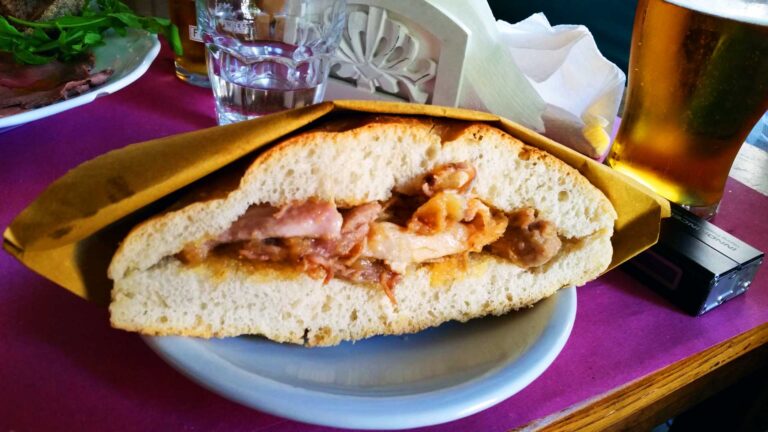 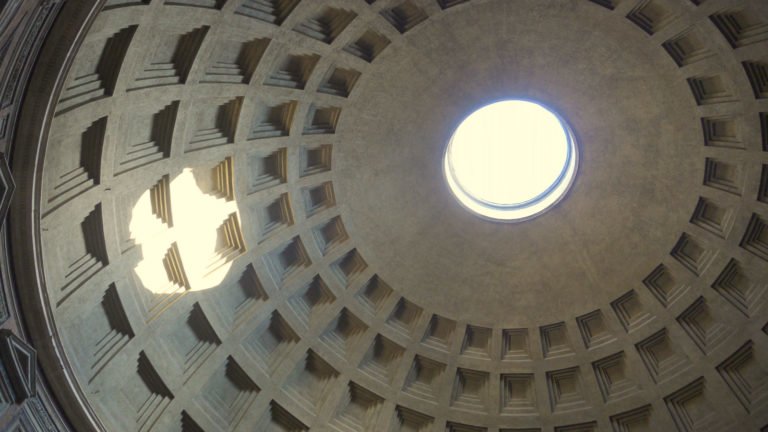 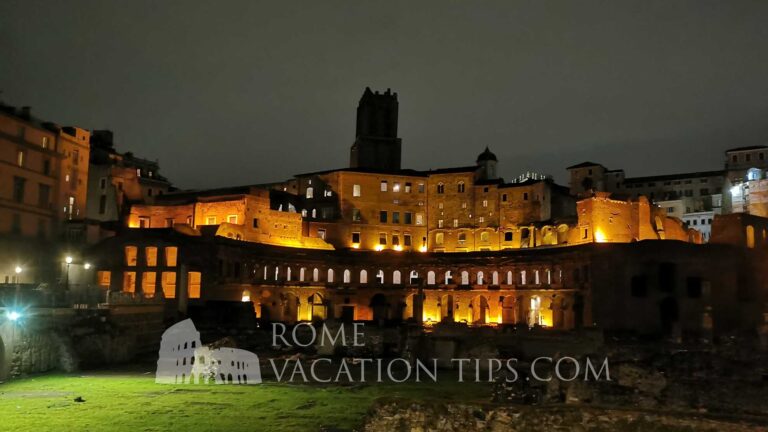